Through 2014-2016, I had the opportunity to serve as the Chief of Policy, Budget, and Communications for the White House Office of the Federal Chief Information Officer (OFCIO), part of the Office of Management and Budget (OMB). While in this role, I built a new policy development unit and grew the team, comprised of officials and contractors, to 20 staff members. This team was focused on developing innovative government-wide policies to reform the U.S. government’s $80 billion annual information technology portfolio. The projects below are some of the key successes achieved by the team. 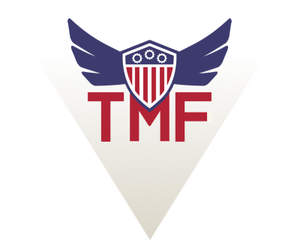 Under my guidance, the policy team effectively devised an innovative and unprecedented new central funding mechanism for financing tech transformation projects and improving cybersecurity. The TMF was proposed as a $3.1 billion flagship initiative of President Obama’s final budget. Soon after, the TMF was codified into law as the Modernizing Government Technology Act. The TMF is now a critical accelerator of technology modernization in the US government, and is anticipated to receive an additional $3 billion injection to fund technology to support COVID-19 response efforts.

I led the team responsible for implementing the Federal IT Acquisition Reform Act (FITARA), the largest overhaul in government technology in 20 years. To achieve this, my team developed a policy that established a new government-wide “common baseline” for technology governance in the federal government, reinvented the Chief Information Officer (CIO) role in agencies, and expanded the official definition of “information technology” to better recognize that technology has become more integrated in every part of the public sector.

I led team efforts to develop a transformational government-wide free and open source (FOSS) software policy to require code developed for or by the government to be released as open source. This enabled the brightest minds from around the world to review, improve, and collaborate on code to ensure that it is safe, reliable, and effective. The government’s active particiation in, and contributions to, the open source community are significant steps in advancing the objectives of transparency, participation, and collaboration. As part of this work, we envisioned code.gov as a central repository for government FOSS code and implementation resources for civil servants, which the team developed and launched after I had departed for the OECD.

I served as the lead of the Administration’s Open Data Policy portfolio to fuel entrepreneurship and innovation and improve government efficiency and effectiveness by unlocking the value of government data. This involved developing policy guidance to further the existing Open Data Policy and promoting the continuous publication of government data, with an emphasis on increasing the use and availability of government APIs, publishing details on non-public datasets, and clarifying license information. 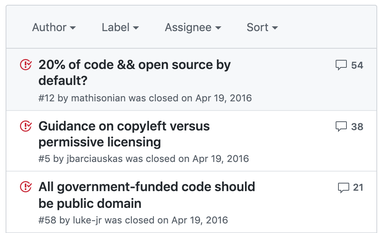 Further, I instituted new processes for developing government-wide policies to drive inclusivity and participation in policy making. This involved extensive stakeholder outreach with U.S. government agencies, foreign governments, civil society organizations, and the private sector. We also pushed to open up the policymaking process to the public, seeking feedback in new ways through technology platforms like GitHub. After my departure, the team consolidated these efforts into a unified platform: policy.cio.gov.